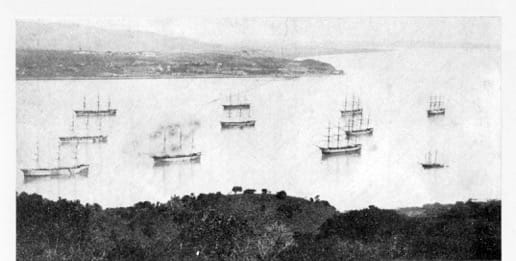 In the early 1890s, Europe was in an economic “slump” due to a number of factors. England, who got much of their wheat from the U.S., was greatly affected. Just before this economic depression was in full crisis, British ships left England and sailed on a six-month arduous voyage, eventually arriving in the Carquinez Strait.

A Rainy Sunday Afternoon Aboard the Forester 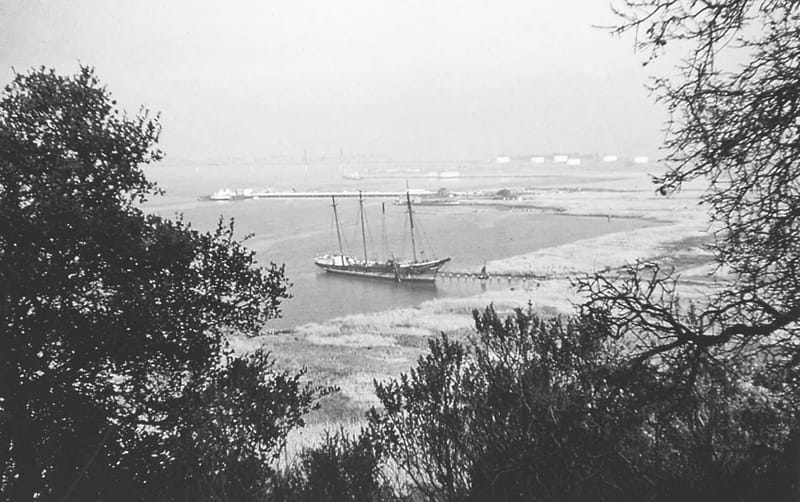 A couple of months ago, I took the family for a ride. We crossed the bay from Marin County on the San Quentin ferry, drove along the Sacramento highway to Pinole, and then to Martinez. Crossing Carquinez Strait on the Benicia ferry, you could look back and see her lying here in the sedge of the tidelands, a little west of Martinez town. 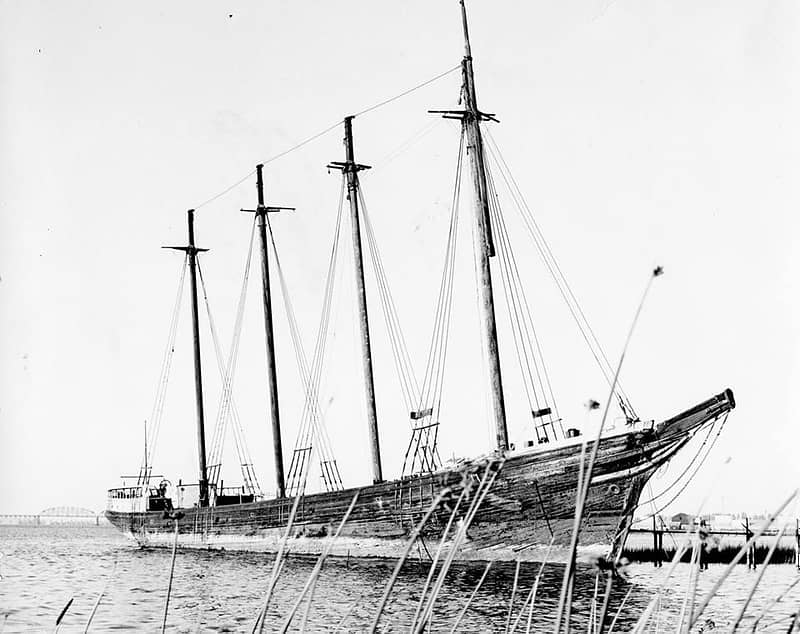 If you walk along the Martinez shoreline, a little northwest of the downtown area, you will see an old Martinez landmark:  The remains of a 105 year-old trans-oceanic lumber schooner called the Forester.

Our Ship That Passed in the Night

The Forester’s new friend came forward very soon after Captain Daeweritz’ death. Trespassing, souvenir hunting and vandalism had always been a problem for the isolated old ship and its owner, but after Daeweritz died the problem quickly grew quite serious. Thus, even as he was negotiating to buy the Forester from the executrix of Daeweritz’ estate, the new friend moved aboard the ship to serve as guardian, caretaker and preserver of the isolated and now decaying old relic of the sailing era.