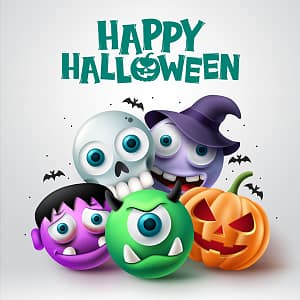 Hardy McClellan was born 1815 into slavery in Virginia. In the 1870 US Census, Hardy (age 50) is listed in the David McClellan household as a farm laborer (received pay) and has a personal estate of $1,000. He is listed as a farmer in Walnut Creek when he voted for the first time in 1871, according to the U.S. Voter Registers in the Great Register of Contra Costa County. It states he was 56 years old. Hardy never learned to read or write.

Hardy was the slave of Abram McClellan in Tennessee. He continued to be a slave when the McClellan family moved to Fort Osage, Jackson County, Missouri. According to the following article provided in this post, it alludes that Hardy was granted his freedom in Missouri by David McClellan, who I can only assume received Hardy from his father’s Will.

If we go by A. A. Gray’s account, Hardy would have passed after David does in 1890. If Hardy was to live a little while longer with David’s wife, Mary, he would have died somewhere between 1890 and 1900.

As a final note, I have titled this article, Hardy McClellan, as using “The Faithful” comes from a long racial history. Kali Holloway in her 2019 online article, Racist Lie About American History, states, “Emerging from the white Southern racial imagination in the 1830s, the faithful slave personified slave owners’ defensiveness against a growing abolitionist movement and its condemnations of slavery, and slaveholders, as evil and immoral. The loyal-slave trope insisted that enslaved blacks labored for their enslavers not out of self-preservation and deeply instilled fear, but as an expression of love, fidelity, and devotion.”

In the February 19, 1950 Oakland Tribune, A. A. Gray writes an article on the McClellan brothers. While he is describing the condition of the cemetery, he speaks about the headstone of an African American named Hardy.

” … In the McClellan plot of ground in the Alhambra Cemetery stands a somewhat curious, white marble headstone, well preserved. It is three and a half feet high and one and a half feet wide. On it are inscribed only these simple words, ‘In Memory of Hardy, The Faithful’. Who was this Hardy?

On doing a little research, I found that the father of the McClellan boys died in Missouri in 1851, and that his son, David Frank McClellan returned from California to Missouri to settle up the father’s estate. When he returned to California the next year, his brother William and a negro named, ‘Hardy’, who had been reared by the father accompanied him. The McClellan’s and Hardy migrated from Tennessee. Hardy was their slave. When they came to California, Hardy had to be granted his freedom because of residing in a free state. Hardy continued to give faithful service as attested to by the inscription ‘Hardy the Faithful’ on his headstone and his inclusion in the family plot.

Although Hardy was given his freedom when the estate was settled, he would not remain behind. To discourage Hardy from attempting the long, arduous trip to California, one of the brothers said to him, ‘Should I be reduced to two shirts, you will have one, but if the worst comes to the worst, and there should be but one undergarment, I shall have that Hardy.’

William R. McClellan settled on a rancho in Concord, and lived there until he died. Hardy lived with him for nearly 20 years, and with the widow until his death. I have not been able to find the exact date of the Negro’s death.” (Hardy actually lived with David F. McClellan)