Come with us as we visit some of the numerous headstones housed in the oldest known cemetery in Contra Costa County...

The Complete History of the Alhambra Pioneer Cemetery
18?? – Present

Although the Alhambra Pioneer Cemetery’s original name, founding, or first burial are currently unknown, it is the oldest known cemetery in the County and considered to be one of the oldest in California.  The history of the Cemetery and its Potter’s Field is both convoluted and partially unknown.  Its eight plus acres can be found on Carquinez Scenic Drive with its Potter’s Field (three acres) located west of the main entrance at the bottom of the hill.  The property resides within Don Ygnacio Martinez’s 1823 Rancho El Pinole land grant and its first burial might have occurred as early as 1829.

Many of Contra Costa County’s early pioneers are buried here, along with John Muir’s extended family and numerous other historic figures.  Its idyllic location with vista views of the Carquinez Straight quickly became the chosen final resting place for many locals and County dignitaries.  The area’s superior climate was a huge drawing card for anyone interested in agriculture and wanting to make it their home.

“Cemeterio del Hambre” (Cemetery of Hunger) is most likely its original name and probably started in conjunction with the small settlement that began here sometime between 1825 – 1840.  Most likely Monterey settlers passing North to Sacramento or East to the Central Valley contributed to its origin. Although no exact start date or population is known regarding the settlement, it would have included at least a trading post and perhaps a few other structures.

Before marble or granite headstones were imported for use throughout the state, the earliest graves would have been identified using simple organic materials close at hand such as rocks, twigs, branches or wooden stakes.  Overtime they either were destroyed, removed, disappeared, or forgotten about thereby removing any evidence of their existence above ground. 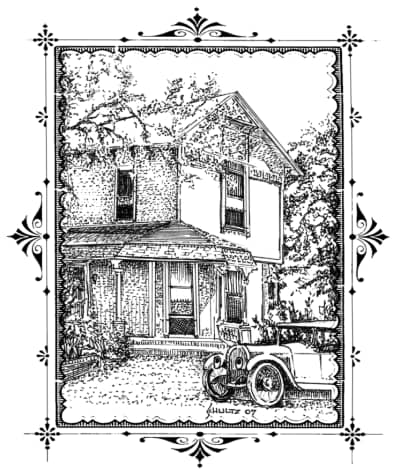 The Martinez Historical Society was created in 1973 to save this 1890 cottage and its site from becoming another parking lot in downtown Martinez.
Read More 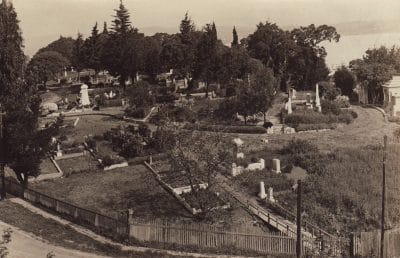 The Martinez Cemetery Preservation Alliance (MCPA) is looking for any pictures (preferably prior to 2000) to aid in their restoration efforts of the Alhambra Pioneer Cemetery. As they acquire photographic evidence, they will take a current picture from the same view point for comparison.
Read More 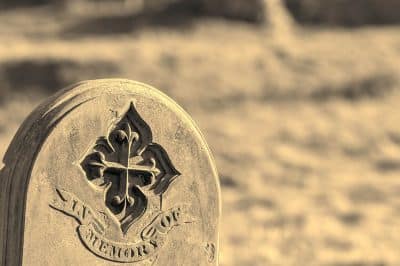 If you are searching for the burial site of an individual buried in either the Alhambra Pioneer Cemetery or the Saint Catherine of Siena Cemetery of Martinez, the Martinez Historical Society might be able to assist you. The Martinez Museum archive includes information about many Martinez families including burial records.
Read More