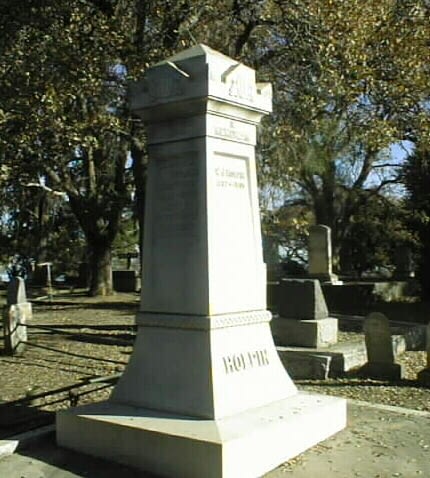 Her husband, William, who was originally from Wisconsin, bought 150 acres in Ygnacio Valley in 1897. The Ygnacio Valley farm, known as “El Royo” was purchased with Papinta’s dance money so William could pursue his dream of raising racehorses.

They had married in Chicago, Illinois in 1895. During their first years together, they moved about often. From Omaha to Denver to Portland, then to San Francisco to Minneapolis, and back to Chicago.

While in Chicago, William, a lover of the theatre, talked his wife into becoming a performing artist. William found Caroline a dance teacher and they bought a complicated set of mirrors called the “crystal maze” which reflected light from calcium arc lamps.

During her act “Papinta the Flame Dancer” managed to keep 50 yards of silk in motion. Within a few years her exotic performances became quite popular and lucrative. She performed in the capitols of Europe, Cape Town South Africa, and then on many stages in the United States.

In 1905 while performing in Rochester, New York, she received word that William had died at their ranch of “acute gastritis”. He was 35 years old. When she returned from the East, she found the farm in the possession of her Father-in-Law and Sister-in-Law, Mrs. Dickson.

Caroline went to court and fought for the property. She charged to Judge Wells that her husband’s will, leaving her the estate, had disappeared from a trunk in the farmhouse between the time of her husband’s death in March of 1905 and her return from the East. The case was in the courts for a year and a half, and upon documentary proof of wifehood and an oral will, the case was finally resolved in Caroline’s favor.

On November 21, 1907, Caroline died just after finishing a performance in Düsseldorf, North Rhine-Westphalia, Germany, when she was 39 years old. Her brother, George, states in the December 8, 1907 Oregonian that, “she did not die on stage, but in her dressing room. At 9:29 on the evening of November 21 in Dusseldorf, she made her bow, finished her act at 9:39, and at 9:45 she was dead. Heart failure was the cause.”